Simon’s latest live stream on Thursday, January 11 was a blast! For the first time in his programming career he actually had quite a few viewers – largely thanks to Daniel Shiffman, who posted an announcement about Simon’s live session in his Twitter:

During the session, Simon recorded 6 tutorials:

All as part of his “Living Code” Course. The lessons in the course are loosely based on Daniel Shiffman’s book “The Nature of Code“, but focus on JavaScript.

Simon was worried in the beginning, because he had forgotten to prepare for the stream and had no choice but do the theory (on physical forces) on the fly. It was wonderful to see how the competent viewers gave him a helping hand every now and then and generally encouraged him in the live chat. He even got a real Q&A session in the end, something he had always dreamed of: 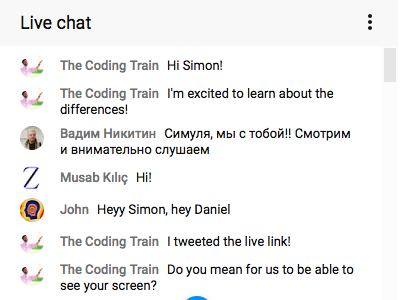 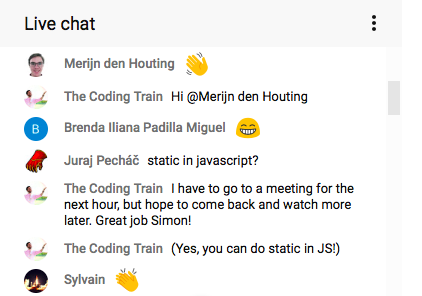 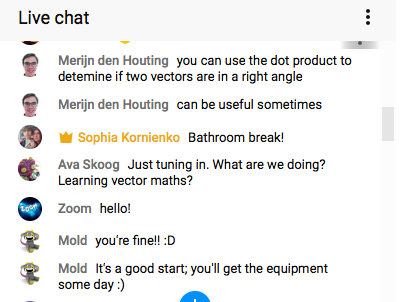 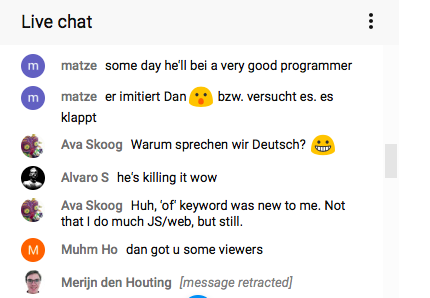 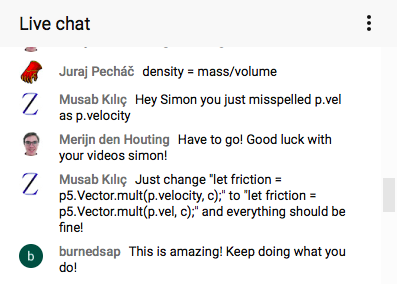 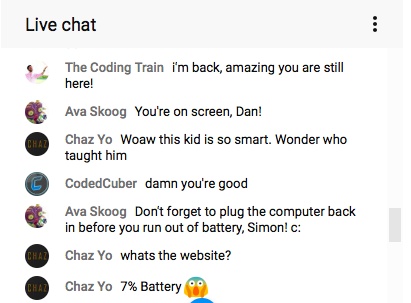 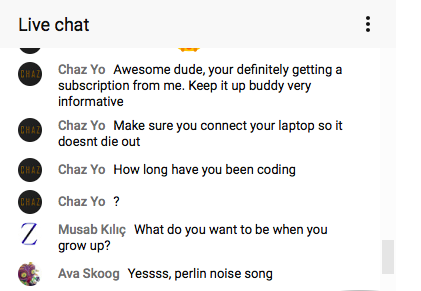 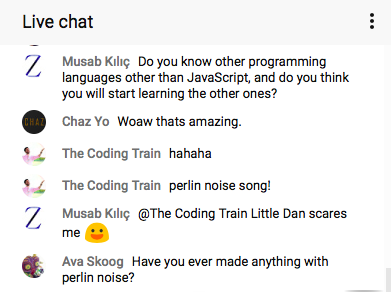 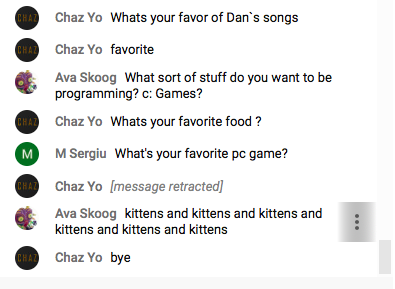