For his 8th birthday, Simon made a present for himself in Node.js and spoke about his new year’s resolutions that mainly involve live streaming:

Today, two days later, we actually managed to test stream! Both of us had no idea how live streams work and thought we would have to install expensive encoders to enable streaming. It turned out to be much easier than we expected, although it took us a couple of hours (and tears on Simon’s behalf) to figure it out. So there will be live streams coming shortly! By the way, if you haven’t done so yet, please subscribe to Simon’s YouTube channel (well it’s actually my channel, but it’s about Simon). When he has over 100 subscribers, he can stream from mobile devices which would be handy. 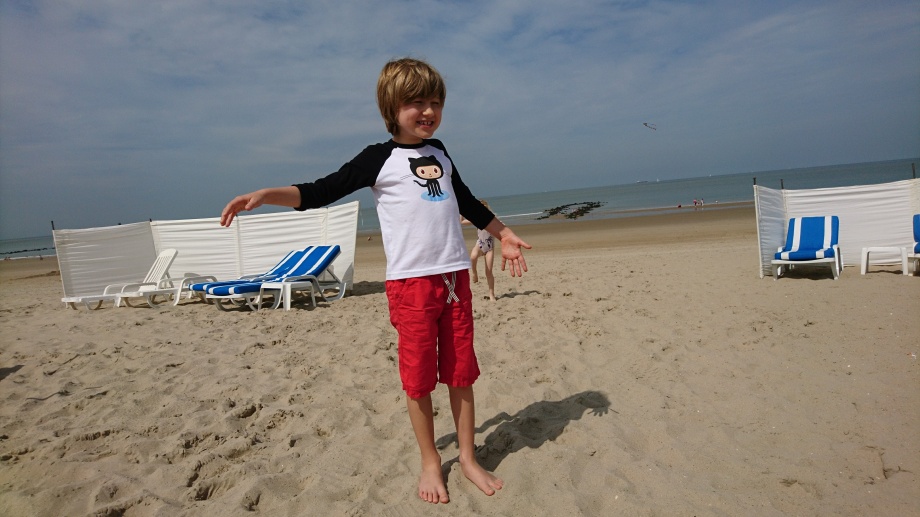 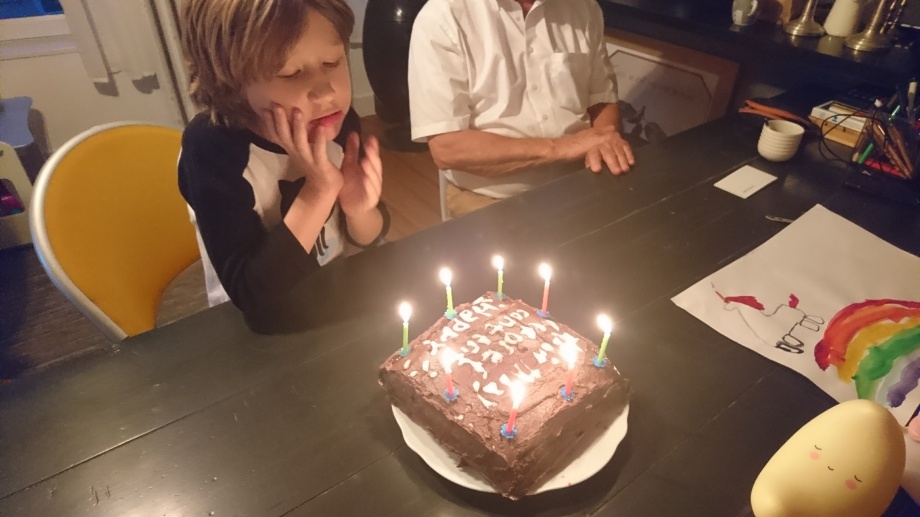 Simon says he had a bad birthday this year, but here were a few things he did like and above all, a new Murderous Math book, “Shapes and Sizes” (he is holding it on the photo above).

Time to change the tags to “8 year old programmer”!

Simon hadn’t been writing in Python for months but seems to be quite fluent still, here using the Python space in Processing for the first time: 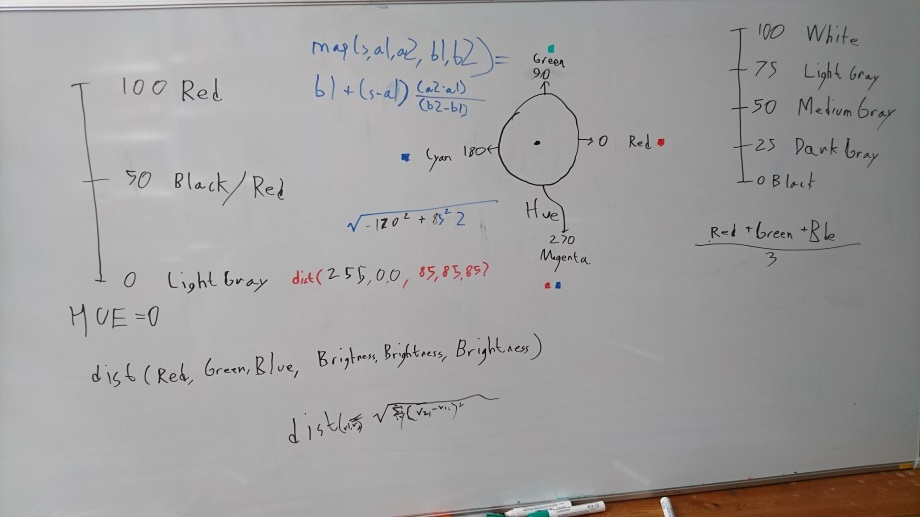 This project got strangled somewhere along the way, but Simon got quite far with the interface. Hopefully, he will continue some day. he was thinking of calling the editor something like “tiger editor”. 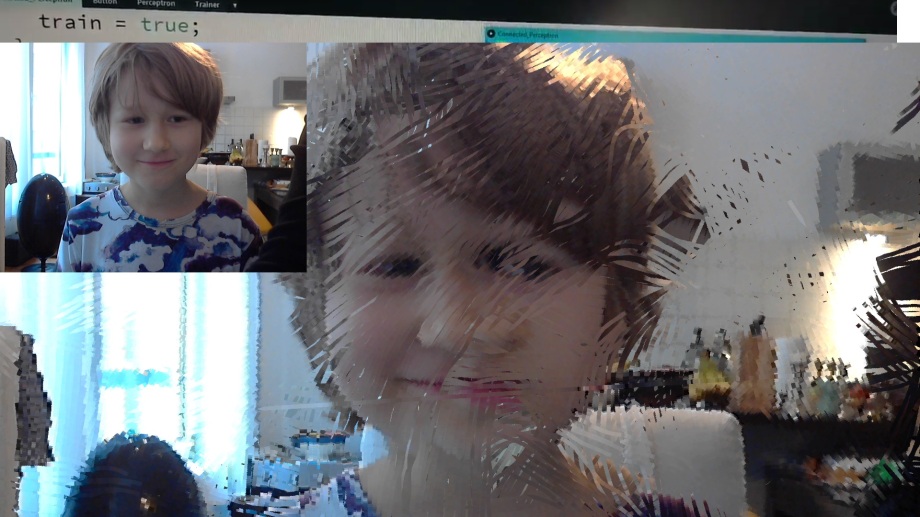 This is one Simon’s most beautiful projects recently! Simon saw the idea to link the webcam image to the boids of a flocking system in a video by Daniel Shiffman, but the code featured in this project Simon wrote himself. The Flocking code is based on Daniel Shiffman’s example from his book The Nature of Code. (Flocking is a steering behavior that consists of separation, alignment and cohesion – which are also steering behaviors – combined). 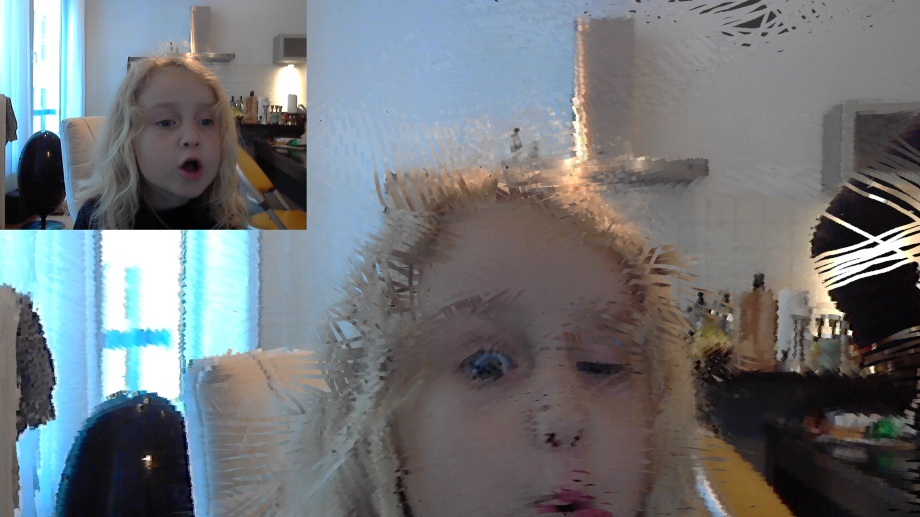 Simon is also about to make a JavaScript version of this fun project, because JavaScript allows to host it easily online, so that everyone can play with it. With JavaScript, he may even be able to write it in an online editor, so there won’t even be a need to host it. Check in later for an update to this post!

UPDATE: Simon encountered a problem trying to translate his Flocking System Painting with Pixels into JavaScript: P5 runs much slower than Processing after Simon added steering behavior. He doesn’t know how to solve this. Simon’s JavaScript code is online at https://codepen.io/simontiger/pen/ZJKBbN?editors=0011

These are the functions he used for the Sawtooth, Square and Sine waves:

Not to confuse “sine” with “sgn” (sgn standing for sign):

Simon built a beautiful interactive circle intersection program in Processing, in which the circles detect intersection and change colors (according to Perlin Noise) once it occurs. The player can control the number of circles by adding and removing them in two modes (mouth clicked and mouth dragged). Simon added a button to switch between the two modes. (Loosely based upon Daniel Shiffman’s tutorials on checking object intersection).

Magformers (magnetic building sets involving maths) used to be Simon’s greatest passion when he was six (just a year ago!) and this week he has been travelling in time to revisit this old love, after his little sis received a new Magformers set as a present. What Simon did next was to combine Magformers and programming: he created an automatic table listing various Magformers models (in HTML/ JavaScript). The sets that can be used to build those models were to get filled in automatically, depending on the number of specific shapes needed for every model and the number of such shapes available in every set. As you might imagine, this involved many lines of code and a whole lot of computational thinking. At one point, when Simon was nearly done, he realized that the column listing the sets wouldn’t get filled in properly. He had a bug in his program that he couldn’t find, so he turned to his older friends in Slack for help. It’s such a pleasure to see him communicate with these experienced programmers on a regular basis now and unbelievable how eager and resourceful they are. One of Simon’s friends from Slack even created his own version of Simon’s program in CodePen! What makes it even more wonderful is that Simon no longer hesitates to apply the good advice he gets. The next day he wrote some “helper functions” and the table worked!

Simon hasn’t put this project online yet, as he wanted to make it more interactive and hasn’t managed to do that so far.

Simon has turned Daniel Shiffman’s Maze Generator Coding Challenge (generating a maze using the Depth-First Search Recursive algorithm) into a game in Processing (Java). It’s not fully operative yet, as the player can partially walk through walls, but Simon did get quite far and even received positive comments from Daniel Shiffman.