One of Simon’s most beloved sources of knowledge is the Welch Labs channel. Recently he has been rewatching the series about imaginary numbers and the history of their discovery. Did you know that came about because of the Cubic Formula?

NYU’s Associate Professor Daniel Shiffman quotes Simon during a Coding Train live tutorial from New York about Fourier Transform Drawings on 16 January 2019. Simon was participating via the Slack chat. This is just an example of how Simon takes part in the live sessions on a regular basis.

Simon found the z for sin(z) = 2 once again, to show the solution to his math tutor. He only consulted his old notes once during the whole process. He recently discovered that there’s also the sin(z) = i problem, but says it’s actually easier to solve. 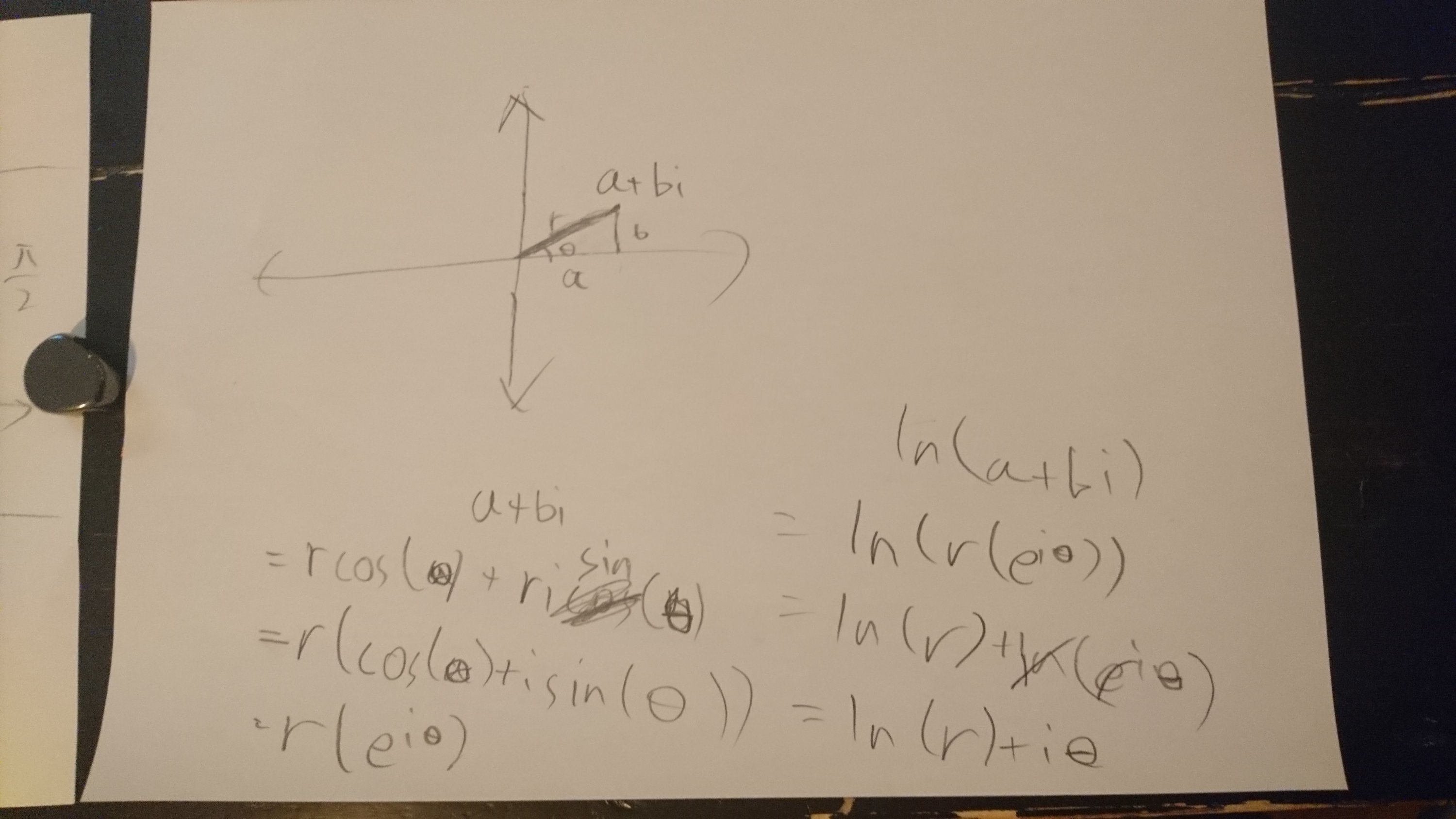 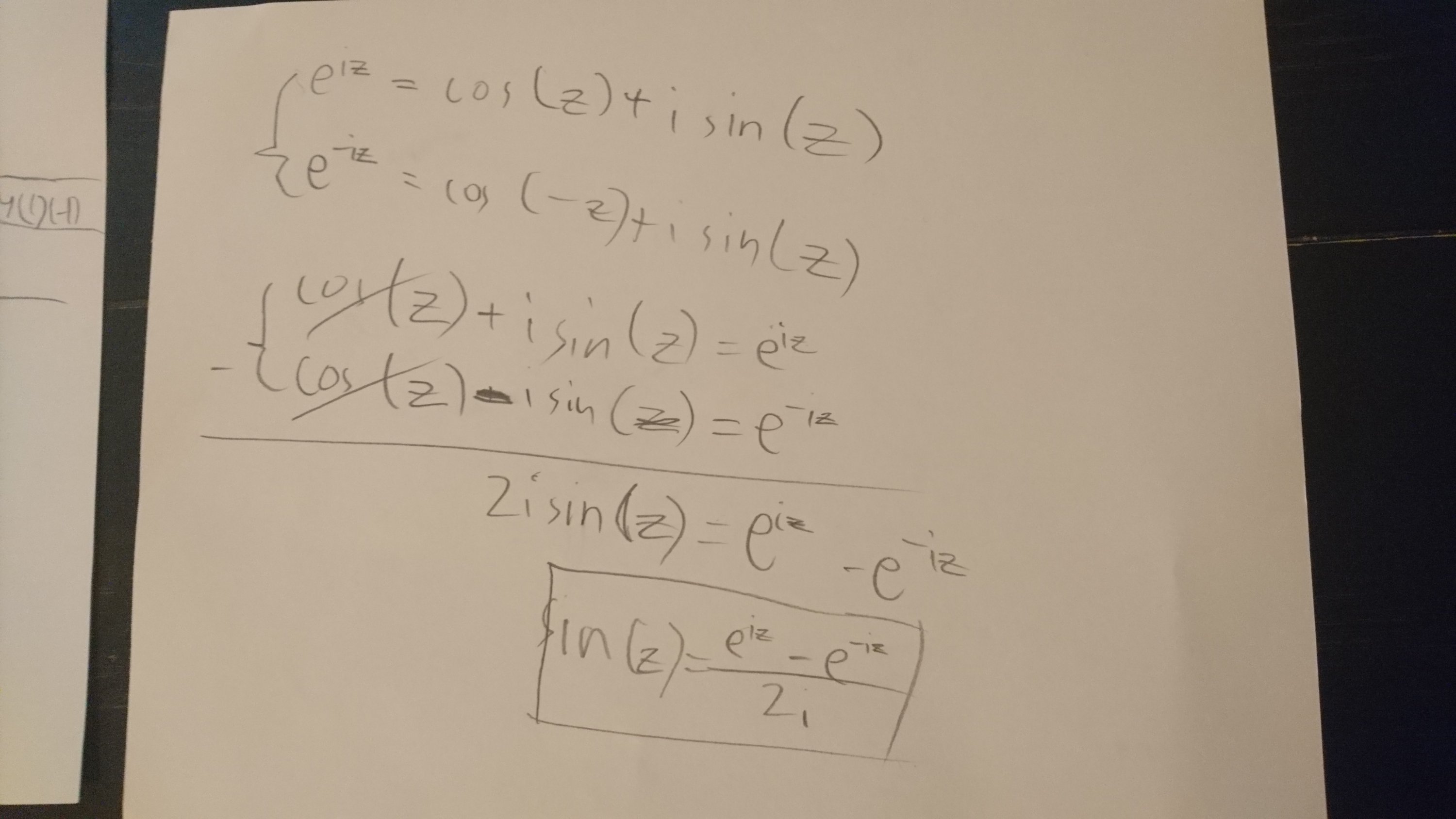 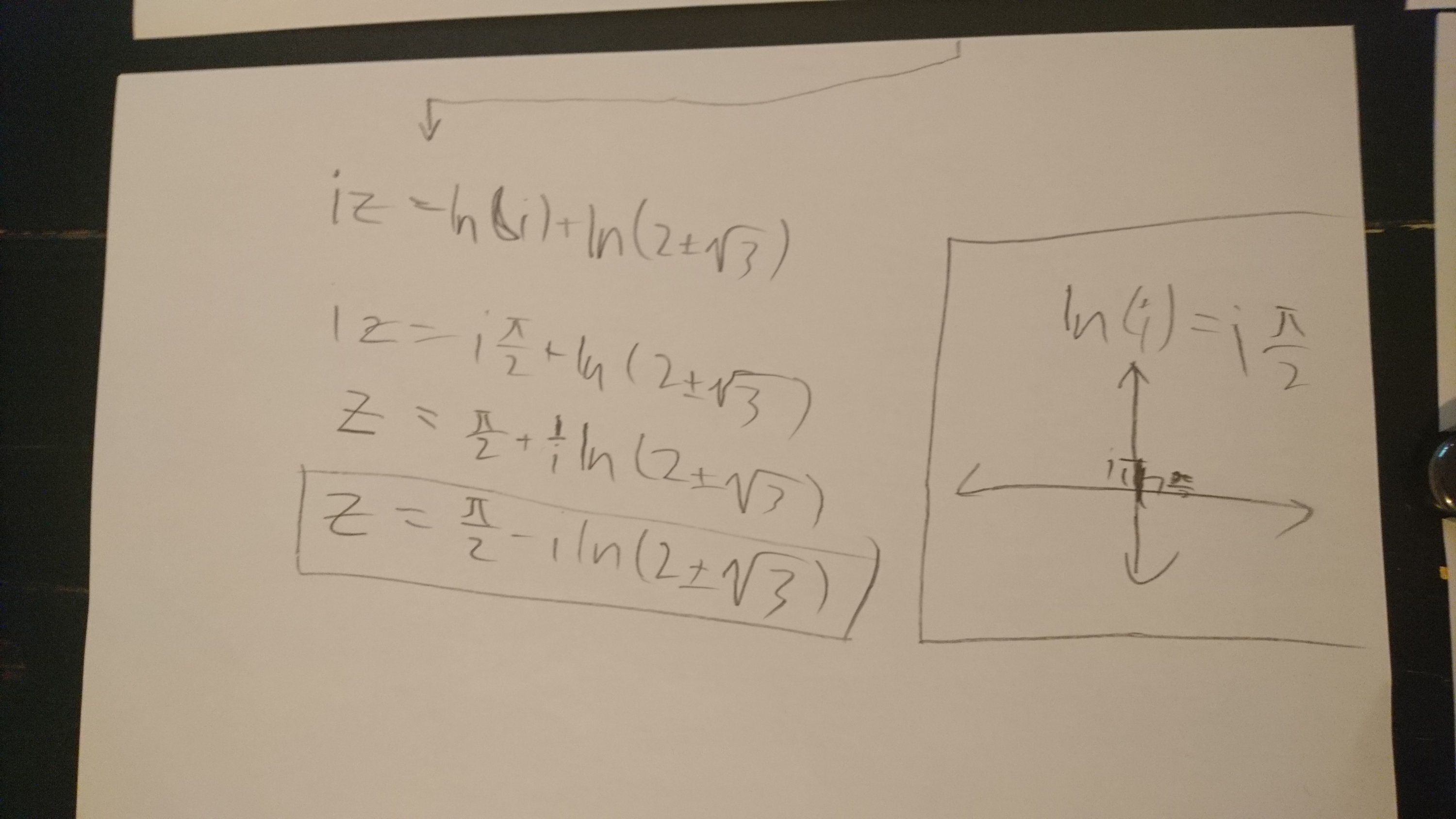 This is a behind the scenes video (Simon wasn’t even aware of me filming at first, but he always talks to himself when working out a proof, so that helps). The video shows Simon looking for the number z if sin(z) = 2. He watched this problem explained on the Blackpenredpen channel once, then marched into another room (where he has his whiteboard) and started trying to construct the solution on his own. His solution was partially based on what he saw in the working out shown by Blackpenredpen and partially he worked out the proof himself (and it just happened to coincide with that of Blackpenredpen). He only briefly consulted the explanation video three times while working on the proof. “My proof expanded some steps out so it’s clearer where I’m coming from,” Simon says.

Here is a picture of the work done:

And some pics of the working out in progress: 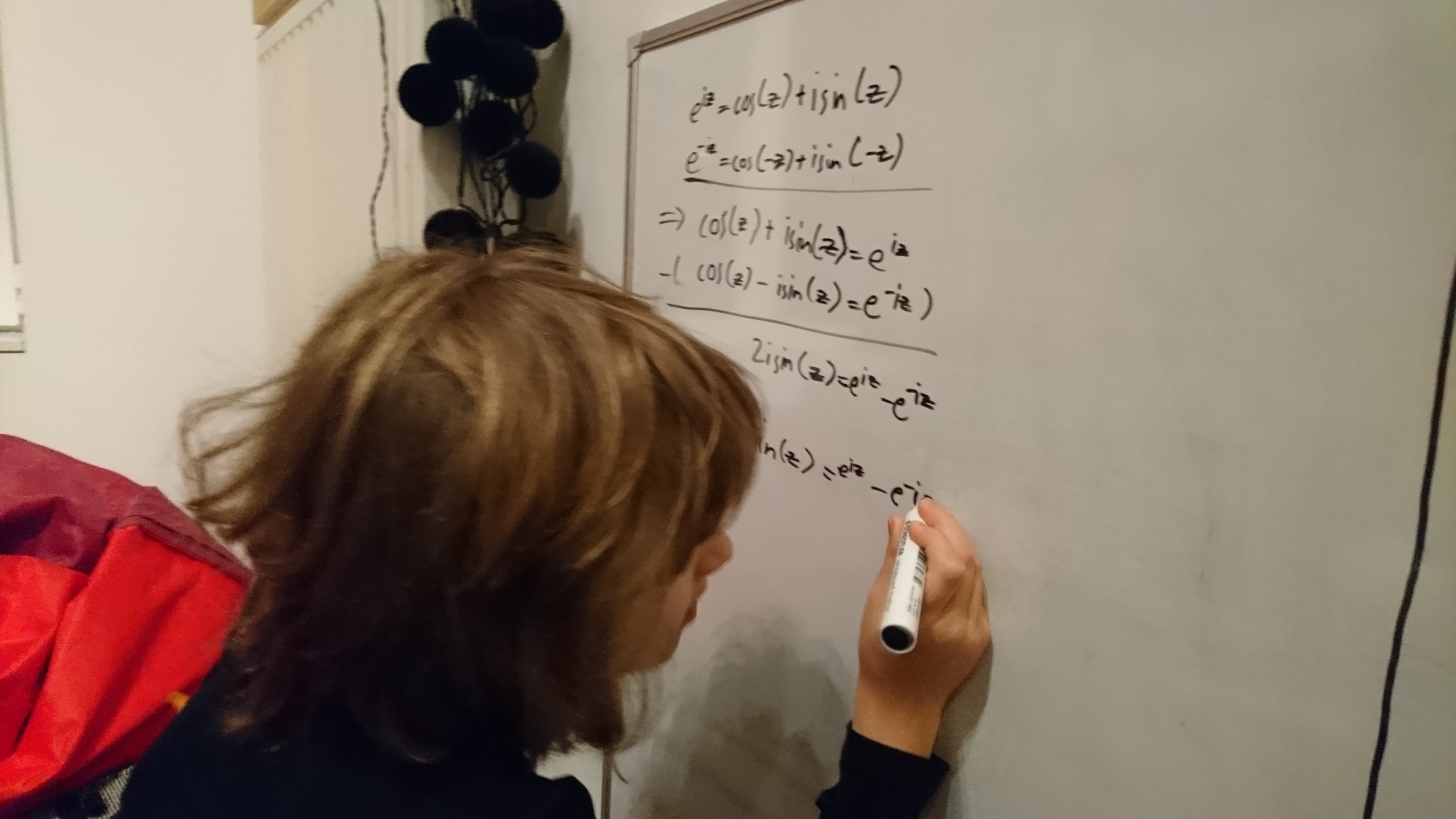 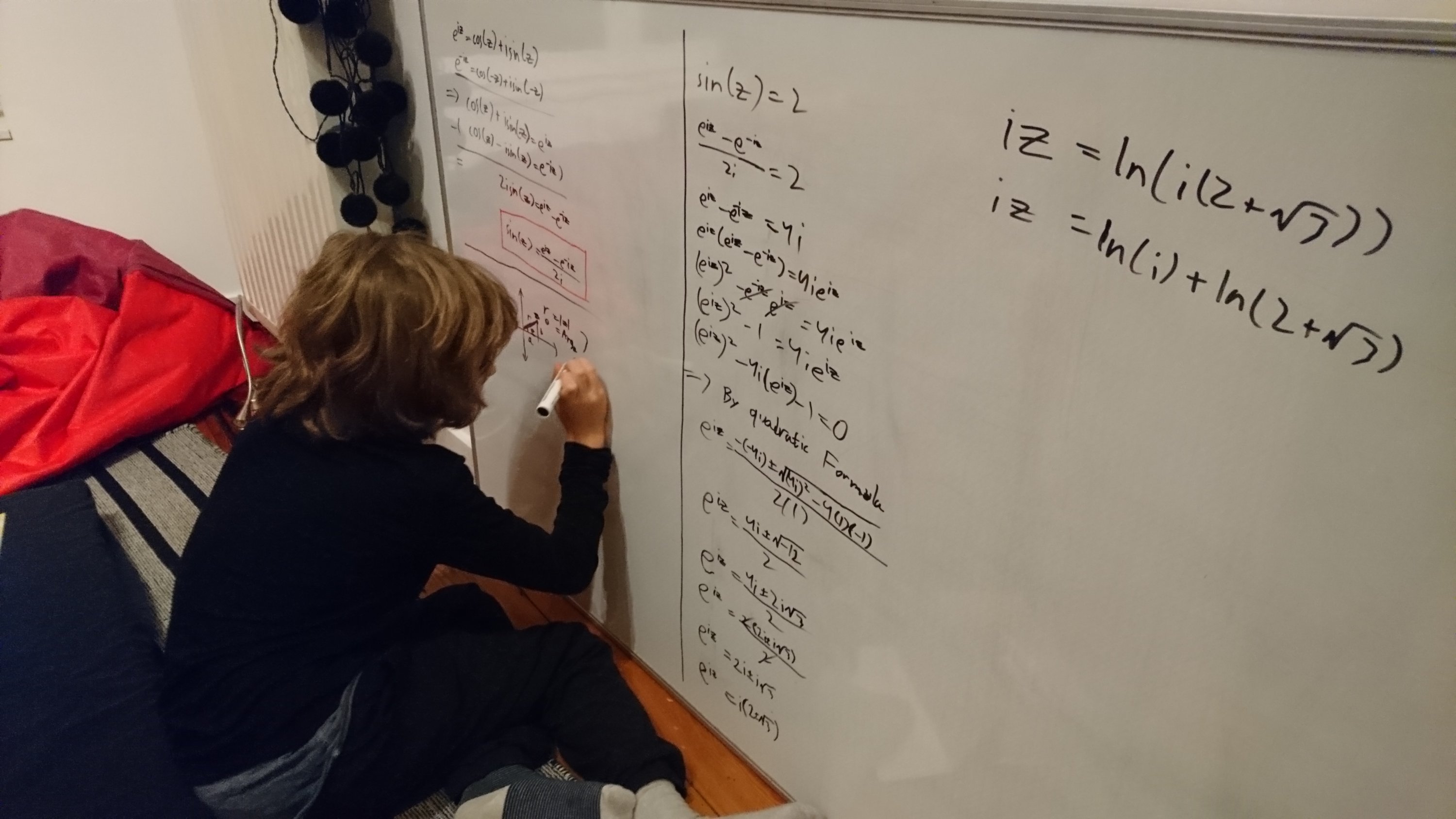 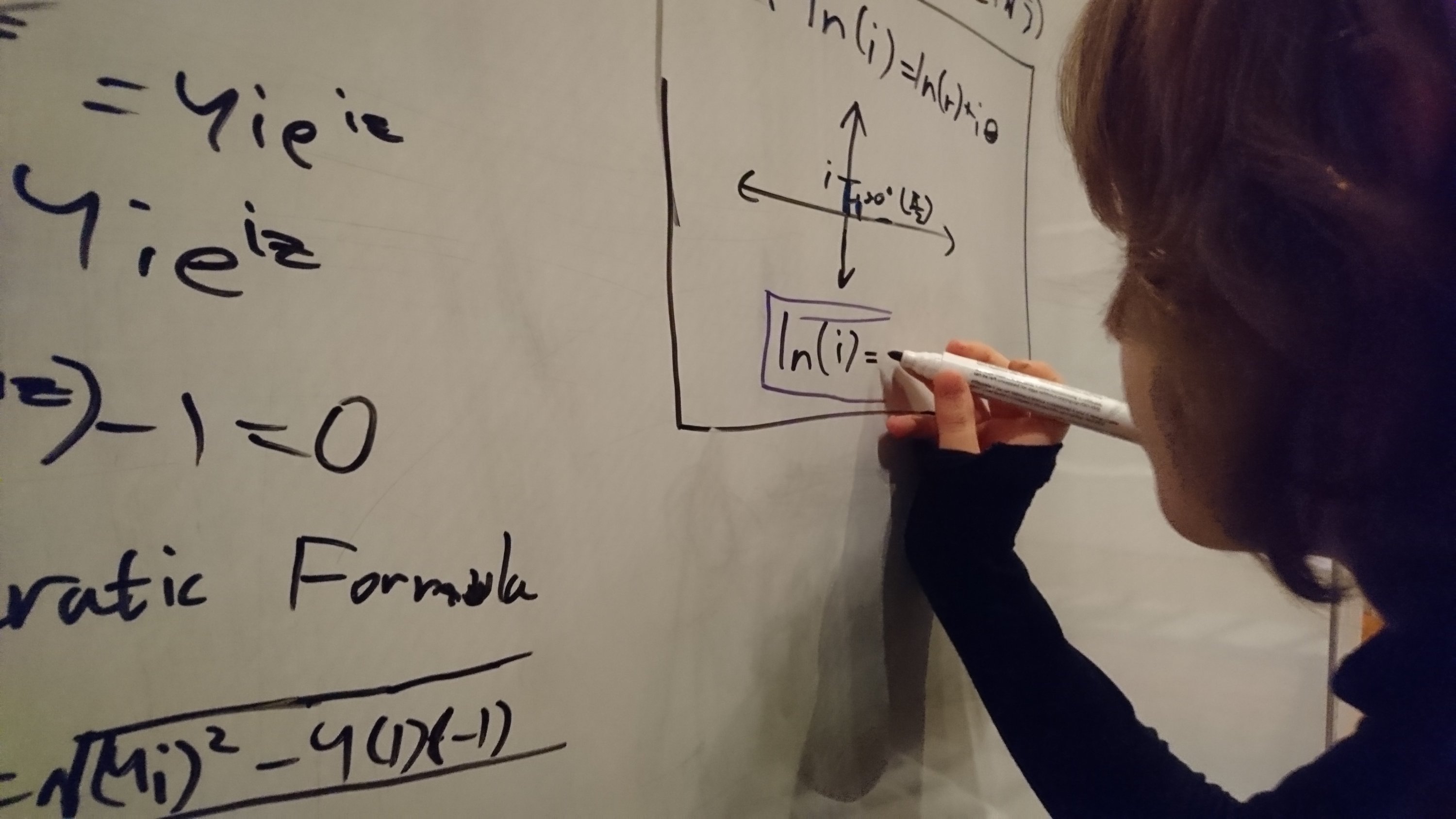 Simon at first made a mistake in his definition of ln(i): 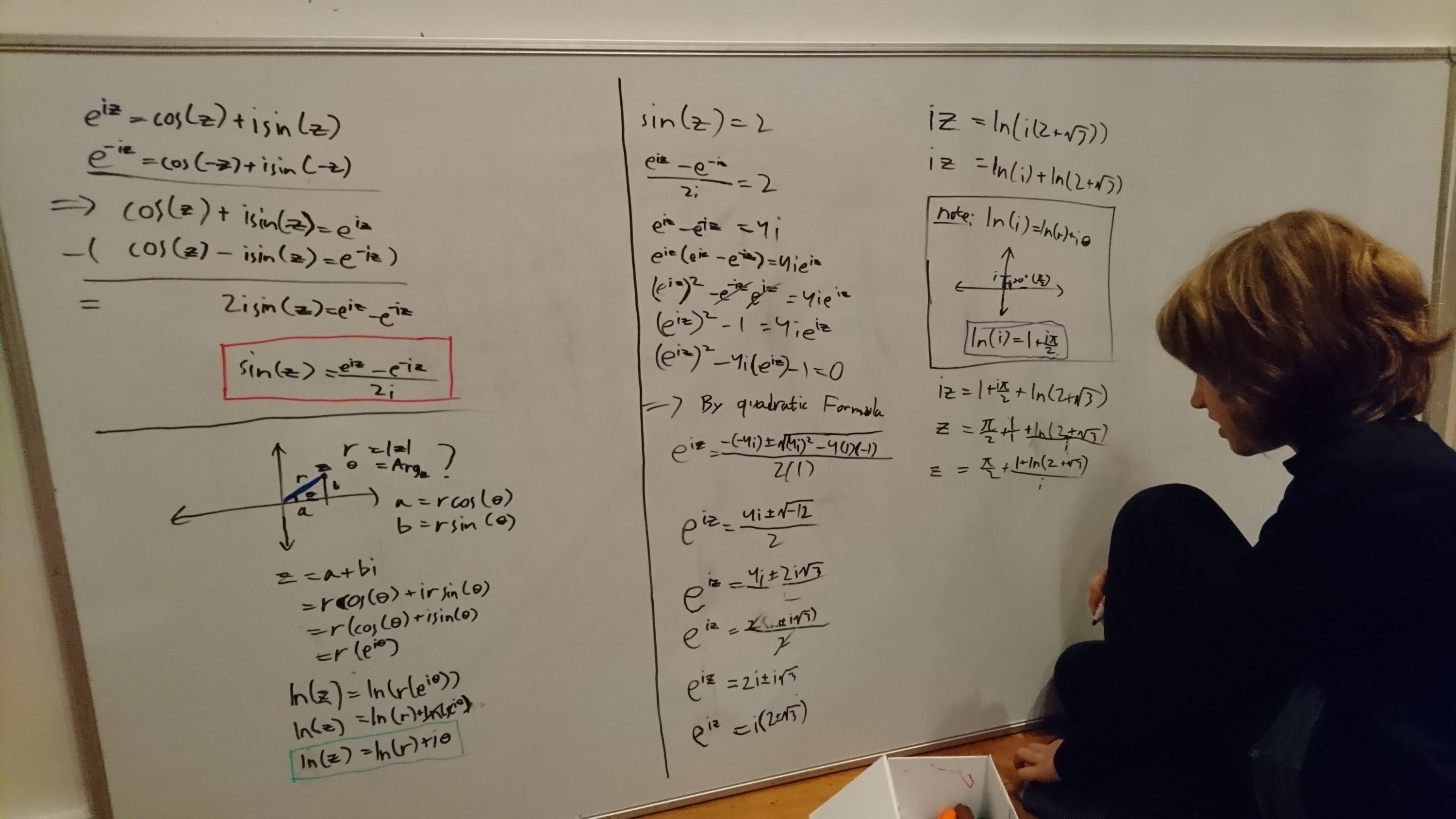 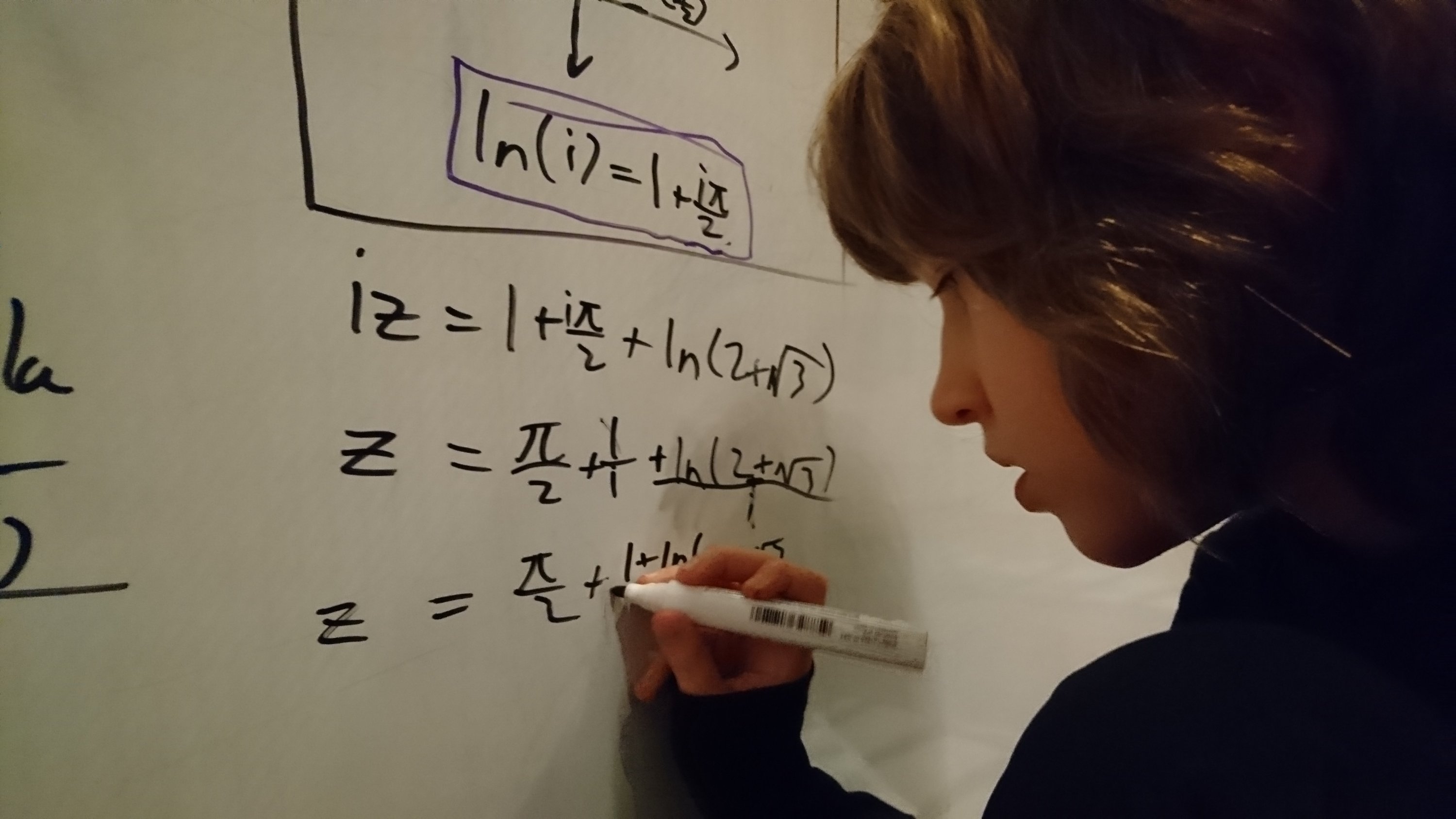 But later he corrected himself, and that’s the part you can see in the video.

Inspired by the 3Blue1Brown video “All possible Pythagorean Triples visualized”. Simon has recently learned about different ways to find Pythagorean Triples, using different formulas (involving complex numbers and not). His sketchbook at home is full of them, and even outside at the playground, while playing with his sis, he takes math breaks to recall the formulas in his memory. 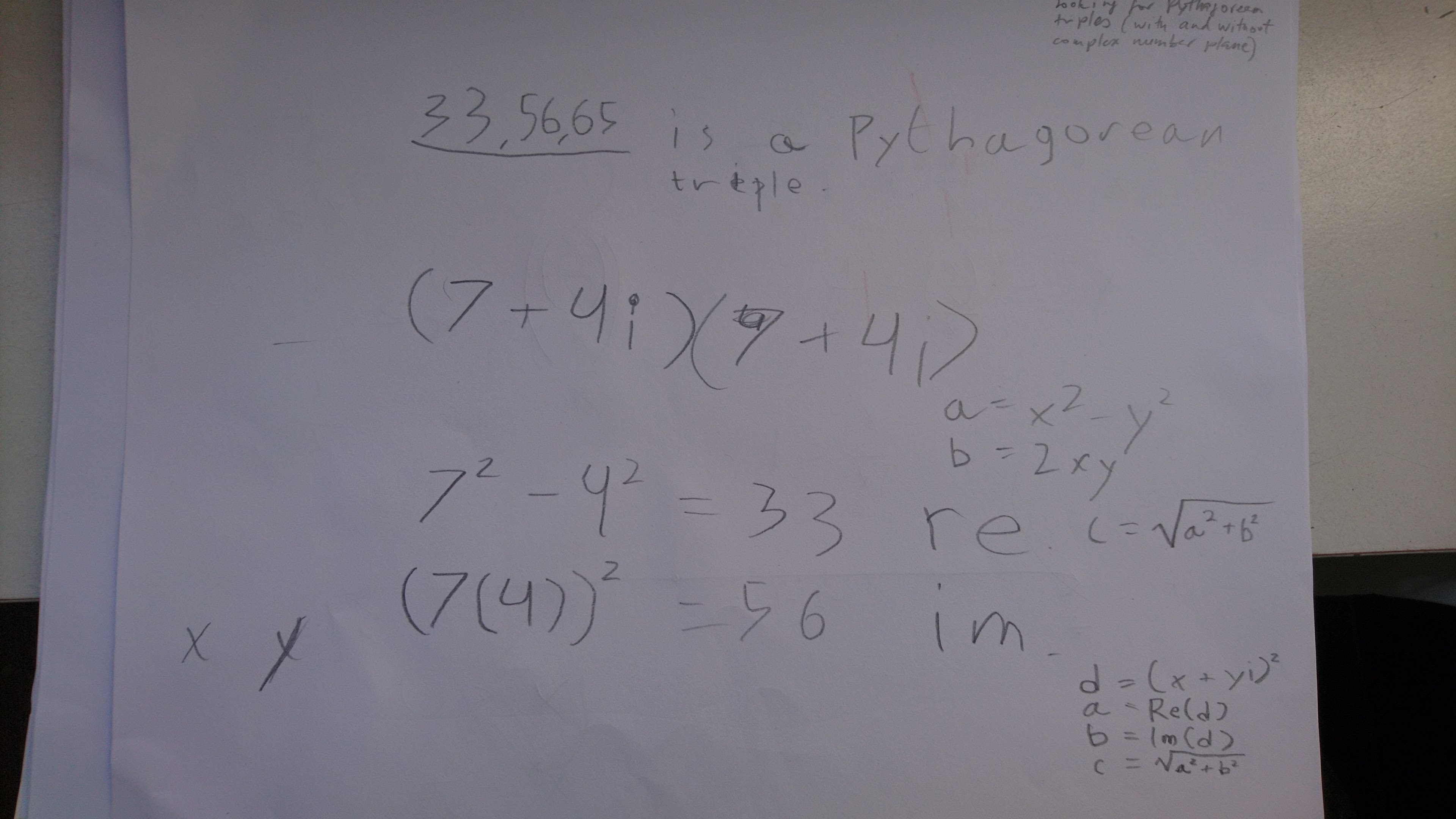 The math behind this project comes from the amazing math channel 3Blue1Brown: https://www.youtube.com/watch?v=QJYmyhnaaek