Today we have made beautiful rainbow chrystals! Polarized light iridizes sodium thiosulfate crystals, so we made the crystals in between two polarizing films and then observed them through the microscope. In the video, Simon also explains how polarizing film works.

Our third MEL Science box arrived back in August, when we were on vacation. We have already tried two experiments from the box, both perhaps more suitable for winter. Instant Snow, using sodium polyacrylate (the stuff you can find in diapers): 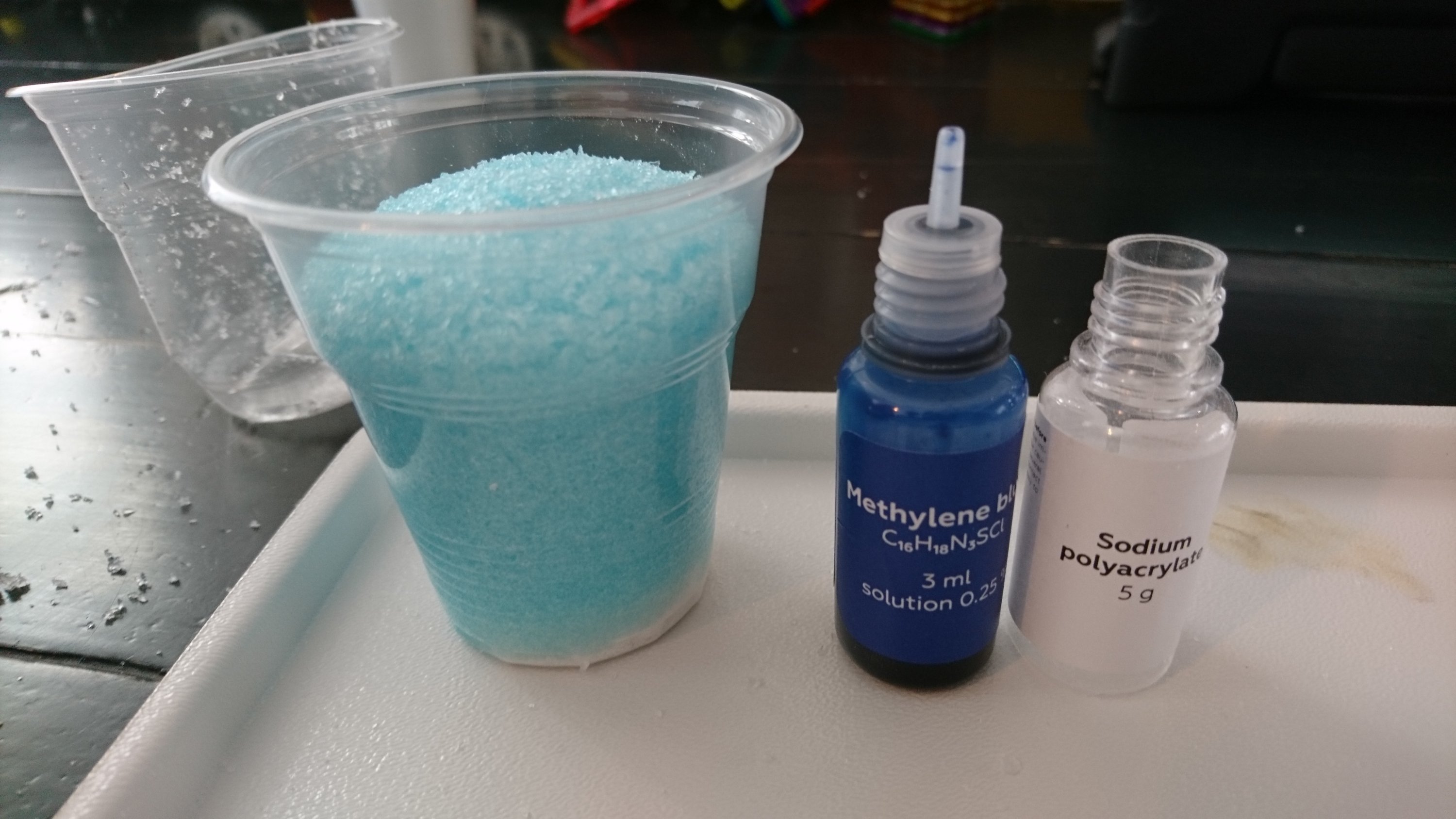 And growing salt crystals on a paper Christmas tree: